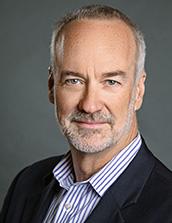 David Orth, of Clovis, is principal of New Current Water and Land, LLC, which offers strategic planning, program implementation and water resource development services. Orth has over 35 years of financial and management experience, serving previously as general manager of the Kings River Conservation District from 2002 until August of 2015 and as executive officer of Friant North Authority from August 2015 until December 2016. Orth previously was employed as vice president of resource management at California Valley Land Company Inc., the director of finance and general manager positions at Westlands Water District, and various positions with the Fresno County Auditor-Controller/Treasurer. Orth sat as a member of the California Water Commission, appointed by Governor Brown in 2014, until his term expired in January, 2018.

The Unified Wine & Grape Symposium (UW&GS) encourages you to exercise caution for any solicitations for discounted hotel rates or directory listings which often include advertising solicitations. There are many show directories that target attendees, sponsors and exhibitors from other shows including ours. These solicitations are often mailed and appear to be from the Unified Symposium, CAWG or ASEV and they are not.